After 37 years Reigate Manor on Reigate Hill has parted ways from marketing brand Best Western. Although always privately owned, Reigate Manor held the Best Western franchise and is part of a group of three hotels. Back in 2001 Reigate Manor was joined by a smaller, Georgian property in Kent, Hadlow Manor and just over two years ago the hotel group expanded with the acquisition of Hartsfield Manor, previously a De Vere property in Betchworth. 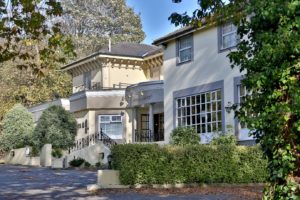 The three hotels now form a small independently owned group of their own known as the ‘Manor Collection’. All three properties have their own unique style and character. The ownership of the hotels remains the same and will continue to be run by the existing core management team who are based across the three sites.

Operations Director of the Manor Collection, Giles Thomas said “This is a very momentous occasion. We have been part of Best Western for such a long time and they bought some very positive influences to Reigate Manor, we are in a very strong position and feel the time is right to go out on our own”.

Reigate Manor has had some major investment over the last few years including the refurbishment of the Cellar underneath the hotel which has been transformed into a fantastic function space, “The Cellar Rooms” housing its’ own night club with fully stocked bar, separate entrance, dance floor, cloakrooms and a break out space which is used as a very smart conference space by day. The ballroom, bars and lounge areas were all completely upgraded and redesigned back in 2012. This year also saw the installation of Hypnos beds throughout the hotel enabling the guest a superb night’s sleep. 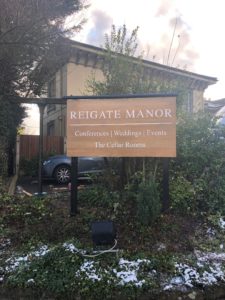 For further information about the group please see: